Everyday Taijiquan was founded in 1999 by Jim Bayer, who has benefited greatly from his practice of Taiji, and is dedicated to sharing it with others. In 2015 Jim became an affiliate instructor in Heaven Man Earth Taiji International, the Taiji school of Sifu Adam Mizner.

Jim Bayer began at the T’ai Chi Ch’uan Center of Milwaukee in 1992, and was certified to teach by the school’s director, Michael Milewski, about 8 years later. Jim is honored to be a member of the Center’s Board of Directors since the mid 1990s. His teaching style combines humor and hard work, and while he emphasizes the healing and personal growth aspects of Taiji, he enjoys sharing its self-defense capacities as well. He currently has over 15,000 hours of classroom teaching experience. Jim intends to share the complete traditional art of Taijiquan, helping to preserve it for future generations. 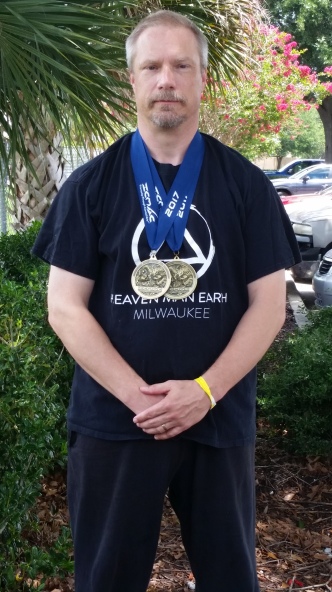